In a statement issued Sunday, June 2, Israeli military officials made public their choice to discipline a group of female soldiers over a series of racy photos that were posted to Facebook.

One of the photos, which obscure the participants’ faces, show several female soldiers removing their fatigues and exposing their buttocks. Another, which appears to have been taken in a military barrack, depicts five young women posing, wearing only their underwear, helmets and strategically-placed pieces of tactical gear.

In their statement, which did not disclose the identity of the soldiers involved, the Israeli military confirmed that disciplinary action had been taken, though the exact nature of the punishment was not made public. Officials also added that on-base educational lectures would be held in the interest of preventing future incidents of this kind.

This incident is the latest in a string of social media scandals involving young Israeli soldiers.

In fact, following incidents occurring in 2010, the Israeli military instituted an on-base social media ban in an attempt to prevent future online embarrassments. These earlier incidents include a YouTube video showing a male soldier dancing suggestively in front of a blindfolded Palestinian woman, as well as uncovered photos of a female soldier posing in front of Palestinian prisoners. Whether or not the social ban is still in effect is unclear.

Most Jewish Israeli men and women are required to serve in the military, starting at age 18.

Sexy young Israeli soldiers, who have been disciplined by military bosses after posting photos on Facebook of themselves posing semi-naked in combat gear, in their underwear and holding guns 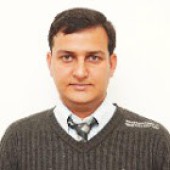